How About Some Character Animations? 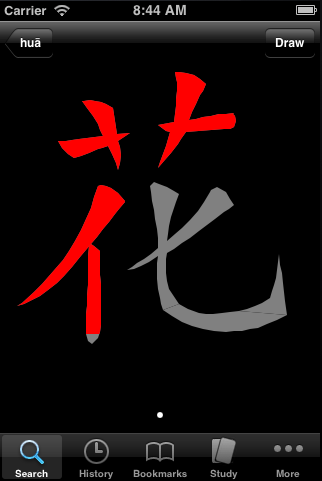 With the Skritter iOS App in beta, I know this is odd timing.  It looks like Skritter has done a great job with their app, and I highly recommend them if you are serious about learning character handwriting.  There are also some other really nice character animation and practice applications on the App Store if for some reason Skritter isn’t to your liking.

That being said, I know as an active DianHua user myself that there are times it would be convenient to see the stroke order for a character within the app instead of having to find it elsewhere.  ZDT only included about 1,500 characters, but they are many of the more common characters so I’m hopeful their availability will be helpful in your studies.